My life has not always been straight forward but I have enjoyed it and been very lucky – I wouldn’t want to risk going back and trying again! The following Woodrow Wilson quote immediately appealed to me and definitely had some relevance to my career – “I not only use all the brains I have but all that I can borrow”. My ability to involve and collaborate with numerous colleagues and friends has undoubtedly been a major factor in my modest success.

In 1961, at the age of thirty, I was fortunate to meet and eventually marry an attractive young nurse aged 21 years who was allocated to help me in the paediatric outpatient clinic in which I worked at the Leeds General Infirmary. Eventually she became a wonderful wife and mother to our three girls, a lifelong best friend, working colleague and a very efficient “family manager”. 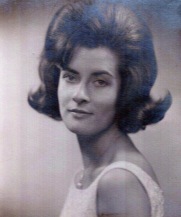 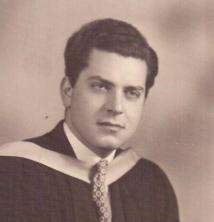 Undoubtedly Ann and the stable family background she has created for us, has been the major, indeed crucial, factor in any modest success I have achieved. More about Ann and the family as the story progresses.

A number of factors have influenced me in deciding to write an account of my life and that of our family. First, numerous biographies of “celebrities” appear in ever-increasing numbers even though their lives appear to have been of relatively little general interest other than perhaps by their having one outstanding ability – for example to kick a football skillfully or perform some other particular feat. Second, my eldest grandson, Lewis Haines, once remarked, “You’ve had a very interesting life Grandpa. You should write it down”. More recently my eldest granddaughter, Emily Evans, expressed an interest in our life in the Thirties – also suggesting that I should write it down. So these two young people are, in part, to blame for the Website.

After some thought, and with this encouragement from my grandchildren, it seemed this would be quite an interesting exercise to keep me out of trouble in my declining years – for, lets be honest, retirement can become really boring at times. I certainly must admit to feeling somewhat lacking in purpose and direction following my eventual retirement from the Chair of the Cystic Fibrosis Trust in 2011 in my eightieth year following my coronary artery stent. However, I was then in my 80th year and beginning to wonder just how long I would continue as Chairman which, although a voluntary job, was very busy!

In 1997 I had retired from my job as consultant paediatrician at St James University Hospital in Leeds but had continued as Chair of the CF Trust’s Research and Medical Advisory Committee (RAMAC). In 2003 I was surprised to be approached by Duncan Bluck, the then Chairman and Sir Robert Johnson, the Vice Chairman, who persuaded me to succeed Duncan as Chairman. Both these roles were very busy and demanding but enjoyable with many committees, meetings, lectures, writing, national and international travel and conferences up to 2011 when the need for a coronary stent provided a valid, and even welcome, reason for retirement. Although an old fashioned general paediatrician, I had been involved with cystic fibrosis for many years both nationally and internationally as I will describe in later chapters.

In most of my travels and commitments I was accompanied by my wife Ann; without her help, companionship and organising ability I would not have been able to keep going for 12 years after my retirement from the NHS in 1997 with my voluntary work for the Cystic Fibrosis Trust. Following my eventual retirement from the Chair in 2011, in December 2011 I was honored to be appointed Hon. President of the CF Trust – distinguished predecessors being Lord Crook and Sir John Batten.

Although I must admit to being a poor performer at history exams when at Giggleswick School, in recent years, as I become personally more “historical” myself, I have become more interested in, and written at some length about, and given numerous lectures on, the history of cystic fibrosis, a condition which has occupied an increasing amount of my time as a paediatrician for nearly 50 years. Also with Professor Daniel Peckham, Director of the Leeds Regional Adult CF Centre, we have a website on the subject (cysticfibrosis.online) on which I am responsible for the History section and Daniel edits and organises; this website has been an important part of my life for over 10 years particularly since I retired as Chairman of the CF Trust in 2011.

I was born on 29.8.1932 at Hollycroft, No 2 The Drive, Adel, Leeds. The second son of John Henry Littlewood (1895-1953) and Lillian (Lily) Walker (1889-1979), my elder brother, John Douglas Littlewood (1916-2007) was 16 years old when I arrived. After Miss Davis’s and Moorlands schools in Leeds and 5 years at Giggleswick a boarding school in the dales, I went to Manchester University for the 3 years Medical and Dental preclinical course, transferring to Leeds to study Medicine after passing the preclinical exams and also obtaining a Leeds City Senior Scholarship on my results. I qualified in medicine in Leeds in 1956, and after two 6-month house officer jobs (in Paediatrics and Thoracic Surgery) at the Leeds General Infirmary spent two years as a Lieutenant then Captain in the Royal Army Medical Officer in Malta from 1957-1959. From 1959 after appointments as casualty officer and then paediatric registrar, lecturer and consultant senior lecturer in the Department of Paediatrics and Child health in Leeds, in 1968 I was appointed as an NHS consultant paediatrician in Leeds.  During the 1962/63 I spent six months in general medicine at Stoke Mandeville (to gain more experience in adult medicine) and six months as a paediatric SHO with Dr Phillip Evans at the Hospital for Sick Children Great Ormond Street in London .

In 1962 I became engaged to Ann Phillips, the nurse who took my outpatients at the LGI; we were married in November 1963 when I returned to Leeds as a lecturer in Paediatrics. This was was undoubtedly the best and most significant event in my life!

Introducing neonatal CF screening in my neonatal unit in 1975 I started a small monthly CF clinic. By 1983, this was attracting referrals from around Yorkshire and with the support of the Yorkshire Paediatric Consultants, the Yorkshire Regional Health Authority recognised the clinic as providing a Regional CF Service – one of the first in the UK. During the 20 years up to retirement in 1997, over 600 children with CF were referred to the St James Regional Paediatric CF Unit, from the UK and overseas, for a “Comprehensive Assessment” of their condition by our team at St James. In 2010 the paedaitric unit moved to the Leeds General Infirmary. From 1988 many patients progressed to Regional Adult CF Unit at St James’s University Hospital and Seacroft Hospital, Leeds. Since 1994, my time was devoted almost entirely to cystic fibrosis.

I have always been active in research and members of the St James Regional Paediatric CF Unit have attended and presented their research at virtually every major international CF meeting since 1980. Author of over 150 medical articles listed in Medline and fifteen chapters on a wide variety of subjects, I have given over a hundred invited lectures in the UK and abroad, mostly on cystic fibrosis, asthma and gastroenterological topics. I have been an invited speaker at national conferences in the UK and international conferences including USA, Canada, Israel, Turkey, Switzerland, Belgium, The Netherlands, Germany, France, Sweden, Denmark, Spain, Poland, Italy and other European countries. I have been an invited guest lecturer on two tours of South Africa and New Zealand and one tour of Australia.

My wife Ann is a nurse and we have airways worked as a team. She worked closely with me organising all our activities and travel and her help has been quite invaluable with regard to all matters including arrangements for lectures as the newer visuals such as PowerPoint came into use. Not only did Ann manage my paediatric private practice from 1968 to 1994, she also worked voluntarily in my CF Unit at St James’s from 1983 managing the computerized data. In fact it always gives me great pleasure that most colleagues and patients usually consider us as a team.

We have three daughters Katie, Susan and Sarah  (photo) they are all qualified nurses; in 2019 they are all still working as nurses! At the time of writing Ann and I have been happily married for 55 years.